PROBLEM: Restoration and protection of the concrete and steel components of the bridge

Bridge EB-526 carries Sandy Hill Road over the Turnpike at Mile Marker 279.31. The bridge was constructed in 1952 using steel reinforced, air entrained concrete. The road surface is asphalt over concrete. The bridge is in relatively good condition, with some signs of surface deterioration and rebar corrosion.(Photo I)

The restoration and protection plan called for: cleaning the bridge surface to remove accumulated grime, removal of the asphalt pavement, application onSURTREAT TPS II to all concrete surfaces, placement of a poured in place hot rubber membrane on the bridge deck, replacement of the asphalt pavement, repair of cracks and application of REPEL-10, a high performance silicone water repellent.

The bridge has about 12,000 sq. ft. of concrete surface, The bridge deck has 2,500 sq. ft of surface and the superstructure 9,500 sq. ft. The bridge superstructure was cleaned by first applying a water soluble nonhazardous cleaning compound, using pressure fed rollers (Photo 2), allowing it to sit on the surface and then washing away the released dirt with high pressure water. (Photo 3)

The deck was allowed to dry for two days and 10 gallons of a cutback asphaltic tie coat were applied to the concrete surface. (Photo 9) Permaquik, a hot rubber liquid membrane was poured in place at an average thickness of 100 mils. Cracks and joints were reinforced with polyester tape. (Photo 10) The joints at the interface between the concrete deck and the road surface were filled with hot rubber and reinforced. The deck-curb interface was further scaled by bonding a sheet of rubber along the two surfaces. (Photo 11) The rubber membrane was covered with felt roofing boards to protect it from damage. (Photo 12) Several inches of Penn Dot Specification asphalt pavement was then placed over the rubber membrane. (Photo 13) 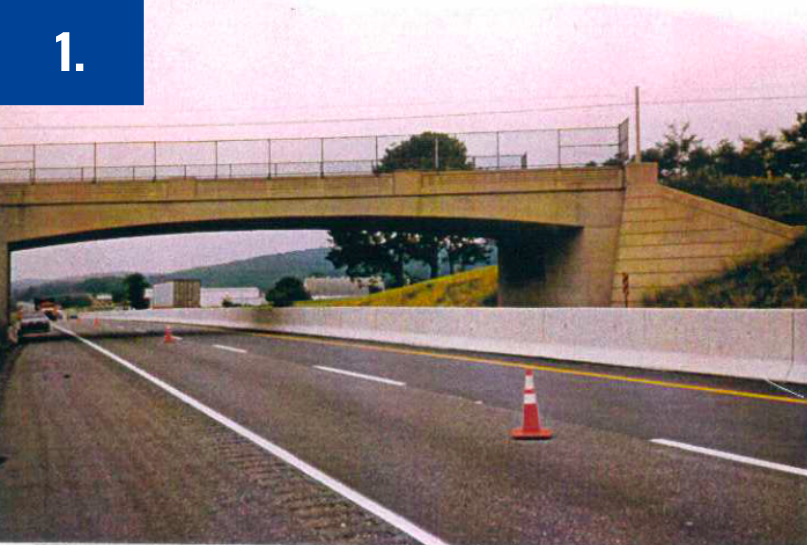 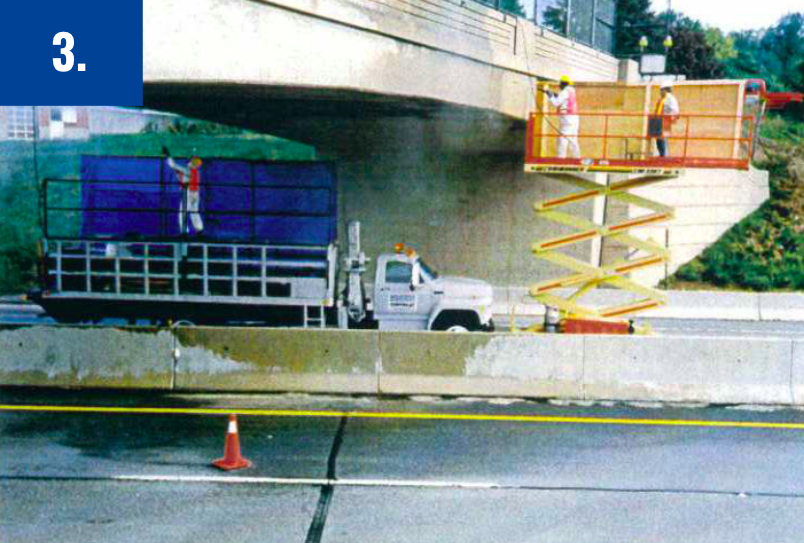 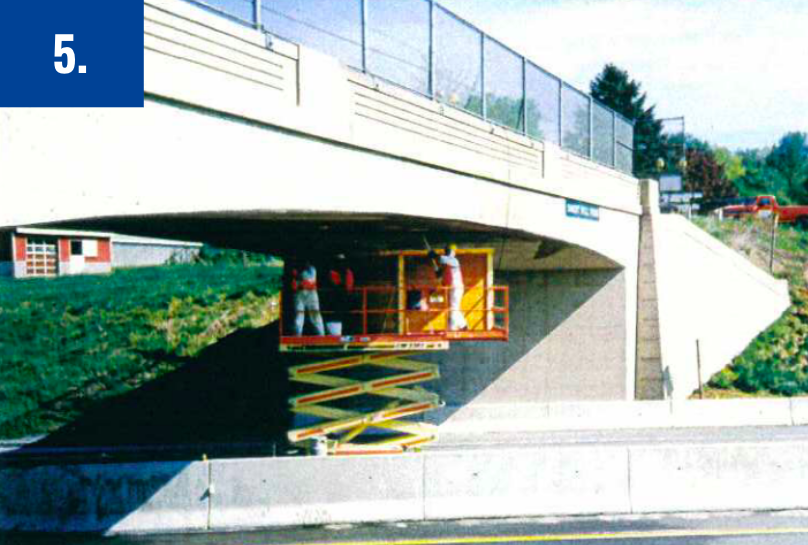 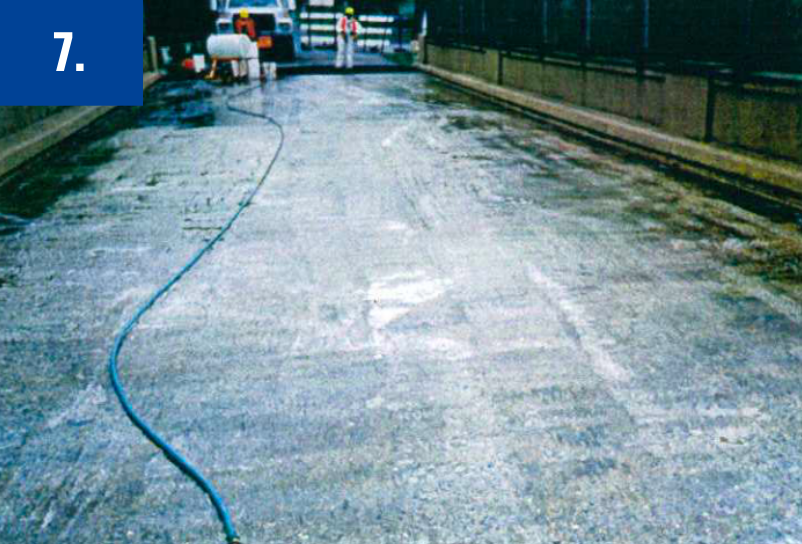 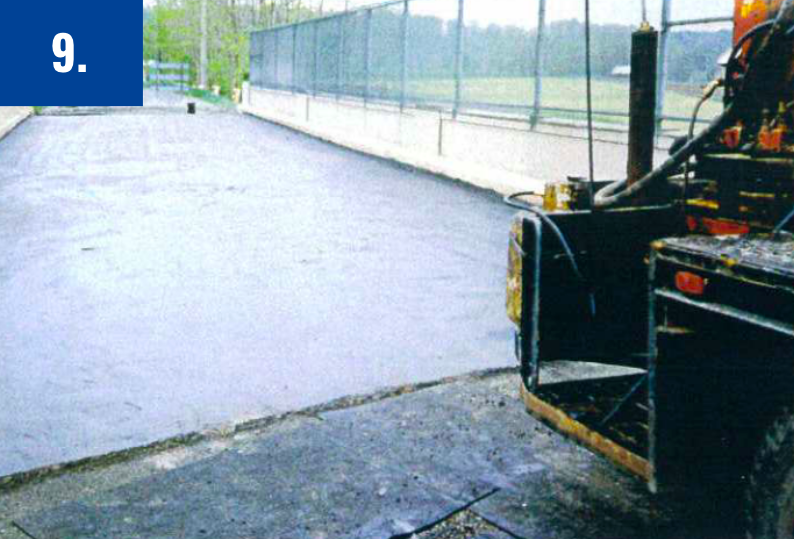 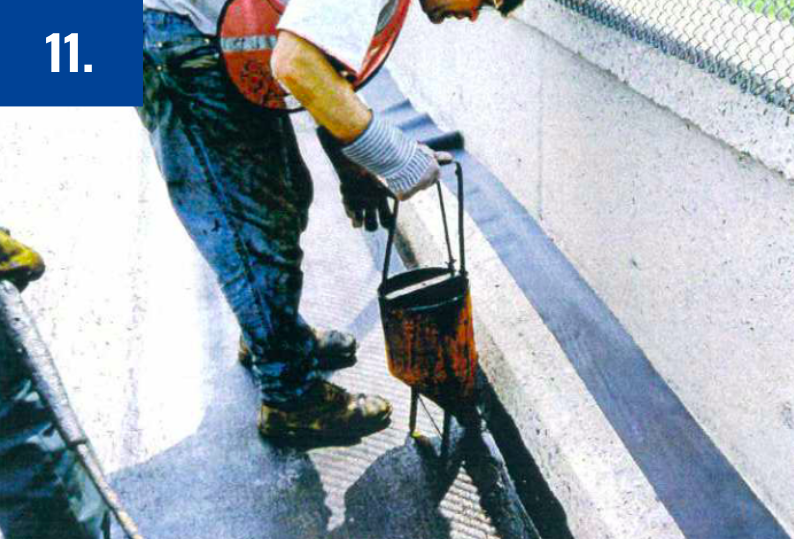 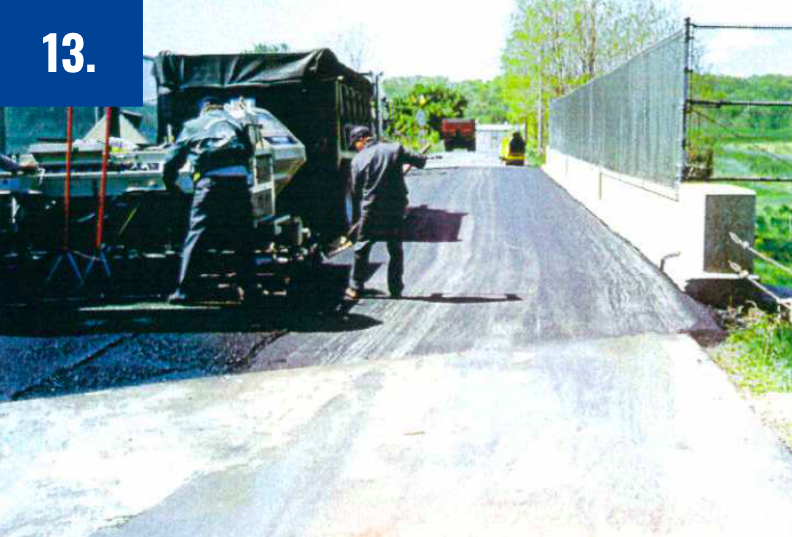 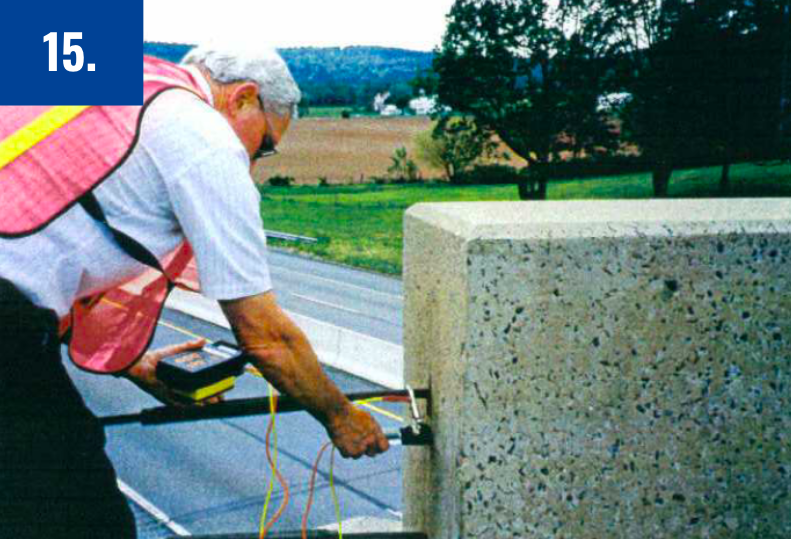 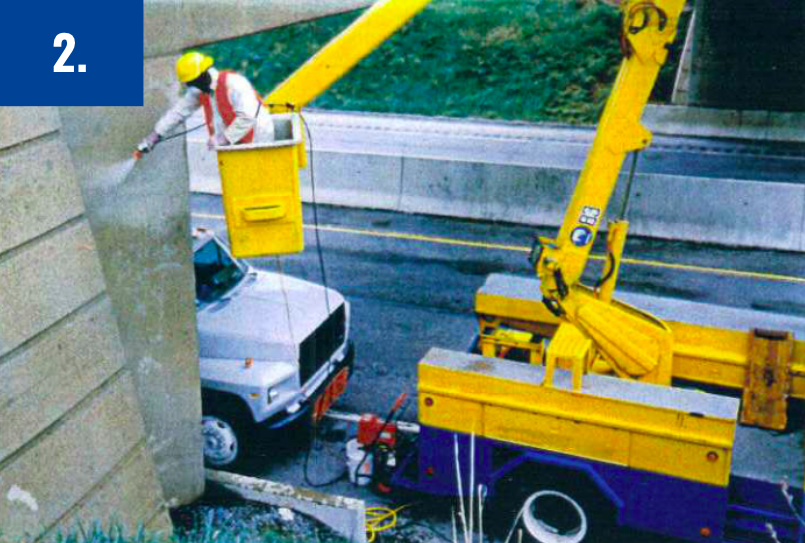 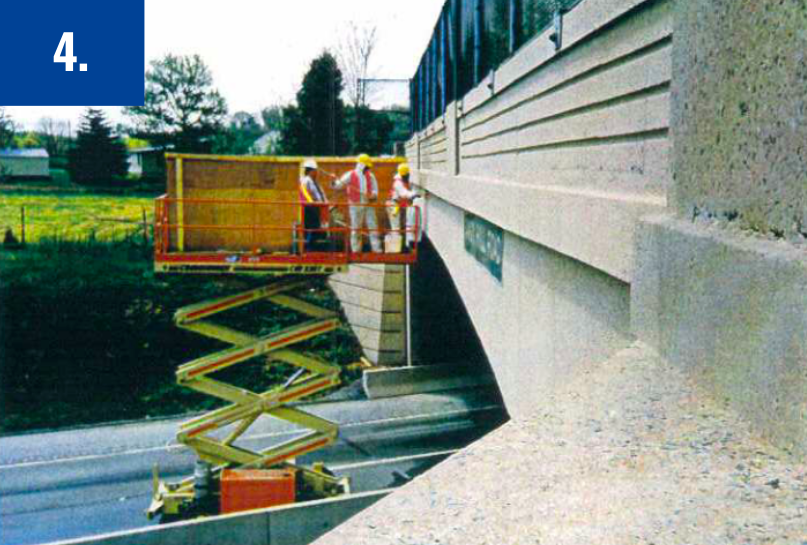 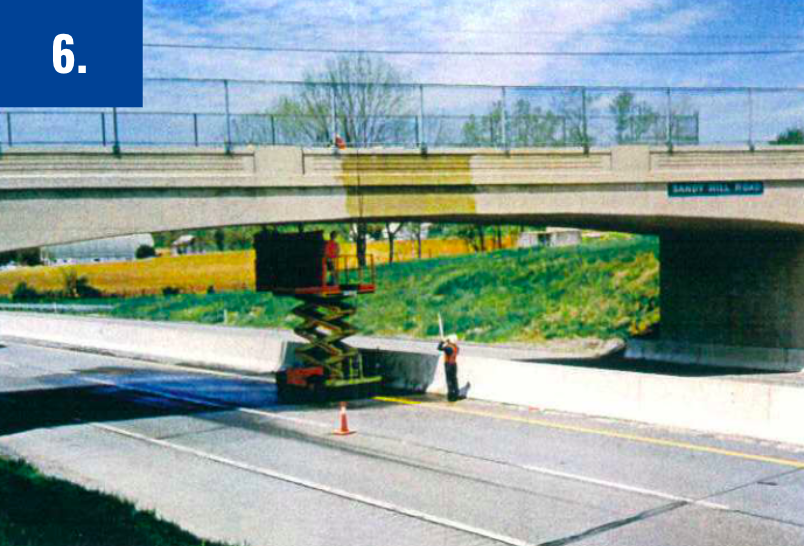 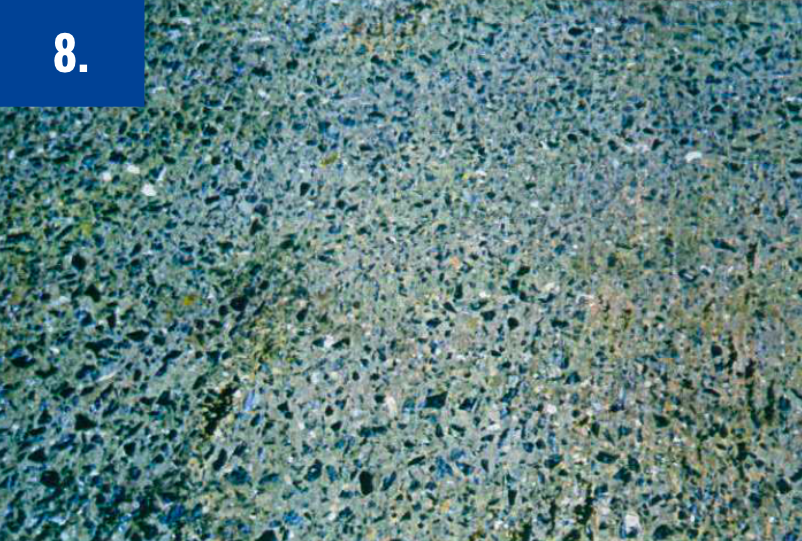 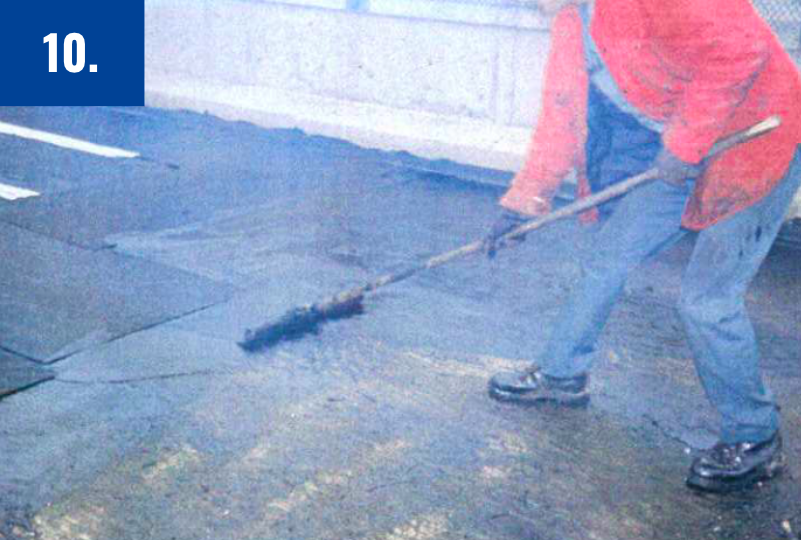 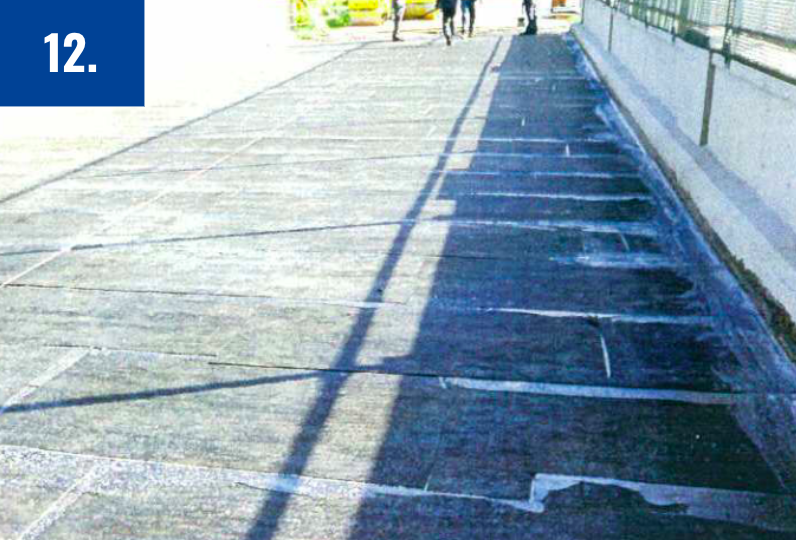 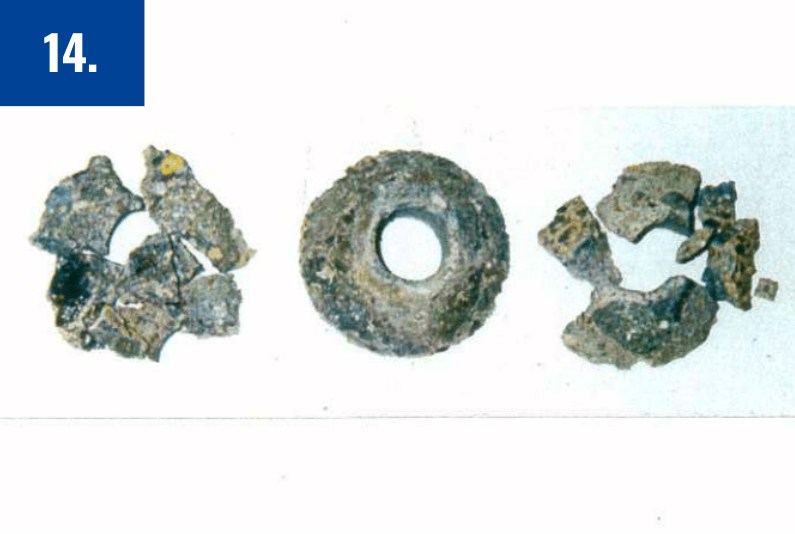 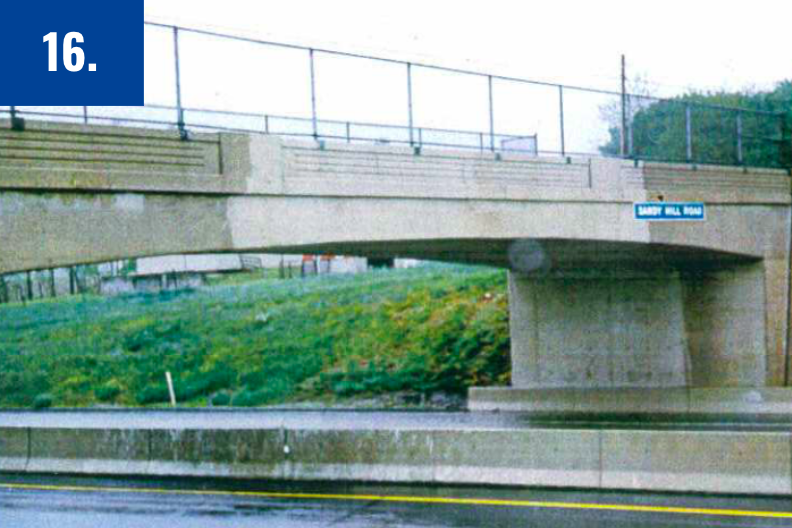 Cleaning the concrete surface resulted in a significant improvement in appearance as can been seen by comparing Photos I and 2 with 4, 5 and 6, Besides improving appearance, surface cleaning removes acidic residue and mold which can cause concrete deterioration and opens the surface to allow SURTREAT TPS II and REPEL-10 to penetrate.

SURTREAT TPS II has the demonstrated ability to increase concrete strength, reduce porosity, increase pH (reverse carbonation), reduce chlorides, make concrete inert to reaction with acids and inhibit rebar corrosion. Tests were run before and after applications of SURTREAT TPS II to measure the change in these concrete and rebar properties. The following is a description of the results obtained and test methods used.

Concrete strength was measured on the bridge deck curb using the CAPO Pull Out method. This measures the force required to pull out a 2 inch diameter, one inch thick plug from the concrete surface. The force is measured in kilo Newtons (kN) and has been correlated with cylinder compression strength in psi for reference purposes. The conversion table is in the Appendix Section.

This may seem like an unexpectedly high increase in strength. To put it in perspective the plug pulled out before the Surtreat application shattered, while the plug pulled out after treatment stayed in one piece as shown in Photo 14. Also, pull out strength increases of 2400 psi and 980 psi were recently measured on two Penn Dot bridge projects performed by Surtreat Pennsylvania. The difference in degree of increase is related primarily to the original concrete strength and condition. The weaker, more porous concrete exhibiting greater increase in strength.

WANT TO VIEW THE REMAINDER OF TESTS PERFORMED ON THIS BRIDGE THAT CONFIRMED A 57% INCREASE IN COMPRESSIVE STRENGTH SURTREAT®?

Use the form to the right to request a download of our full Pennsylvania Turnpike Bridge case study. One of our solutions specialists will contact you to understand how our corrosion solutions can help you on your next project!