Airfield pavement is in part a concrete overlay. Other sections are full depth replacement slabs and part of the general airfield/runway complex. Original installation mix contains steel fibers for added strength and integrity. No other admixtures have been identified. Despite good appearance there is a concern about top surface loss due to traffic exposing the underlying steel fibers which in turn separate and become a hazard known as Foreign Object Damage (FOD). Surtreat conducted analysis and evaluation of the concrete condition and the particular mode of deterioration and improvement in three different locations.

The project included testing for comparative (before and after GPHP) compressive strength, relative permeability, and pH in three separate locations deemed to be representative of overall condition and the particular deterioration mode. Test locations were designated as areas 1, 2, and 3. Also the project included application of Surtreat’s GPHP Chemical Restoration and Protection Formulation to the selected areas as well as post treatment comparative testing (compressive strength, relative permeability, and pH) to evaluate and confirm the beneficial effect of the Surtreat treatment.

All tests and the Surtreat GPHP application were performed during the four day period (July 12 – July 15, 2005). The weather remained calm, in the high C 20s, periods of sun and clouds, and only little rain. Testing and the installation of Surtreat GPHP continued without delay over the course of the project.

Site received numerous inspections including airfield supervisor being present at all times for the duration of the project observing and monitoring all installation and all testing. 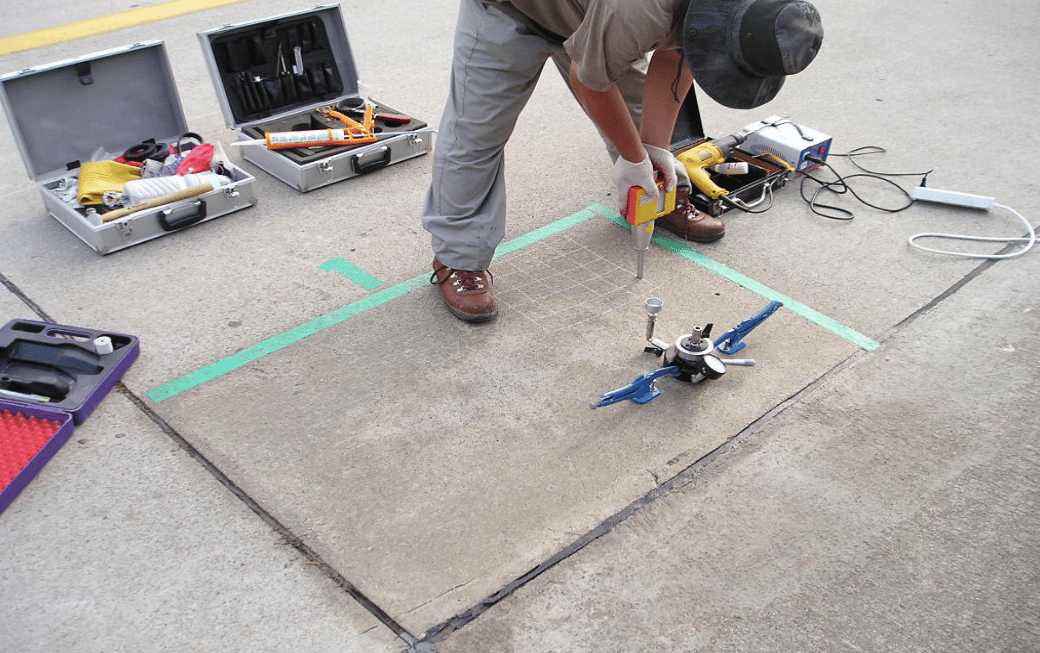 ABOVE: Permeability and Rebound post-testing Area 1 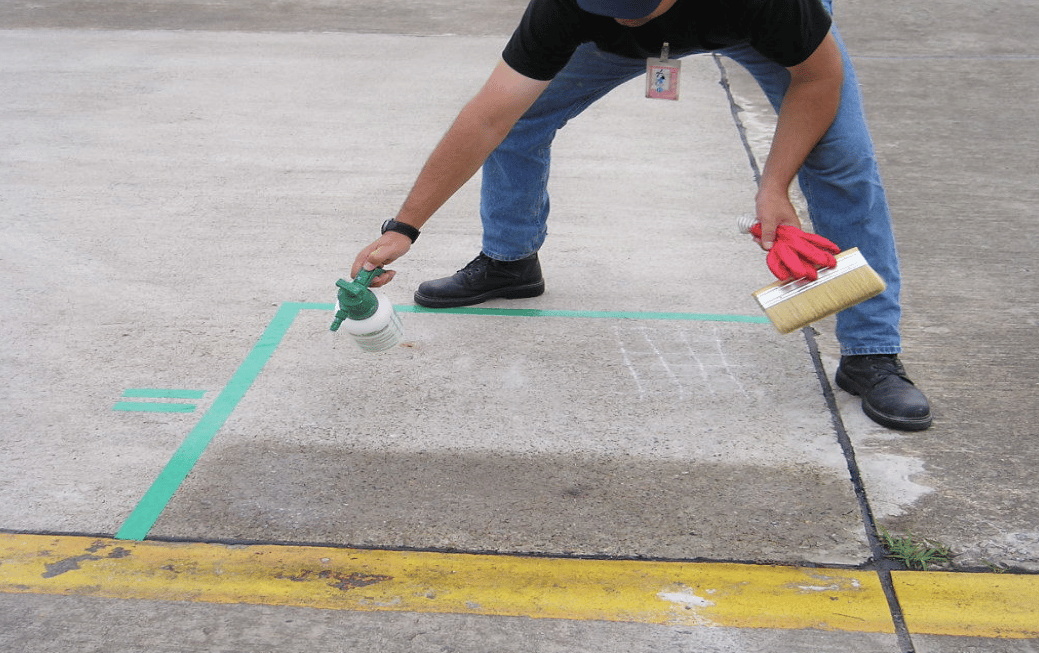 Comparative strength testing was conducted using a rebound hammer technique. The test was selected for convenience and being able to represent and describe change noted in concrete following application of GPHP. Compressive strength is a key concrete property relied upon to prevent wear and resist deterioration in the most direct way. Increase in compressive strength signifies increase in durability and wear resistance of pavement due to application of GPHP.

Relative water permeability testing was conducted using a Germann Instruments GWT method which applies static pressure to a confined area to calculate absorption volume over time. Permeability is a key concrete condition describing in general terms concrete porosity and indicating the possibility of chemical (chloride) contamination and carbonation. Generally speaking less permeable concretes have longer lifespan. Water permeability results were compared before and after application of GPHP to show change. pH was determined using a Germann Instruments pH Rainbow Indicator spray. Rainbow indicator shows surface pH by changing color. pH test is always conducted on the freshly open concrete surface. During work within the scope of this report pH measurement (carbonation) is used as a general indication of concrete deterioration and while in itself does not in this case represent a critical property is an indicator of deterioration progress and could be used as means of comparison before and after application of GPHP.

During the project GPHP was applied to all test areas by low pressure spraying. Brushing was used to distribute material evenly as well as break up the surface tension to encourage penetration. Area 1 was selected as an example of the drive section of the pavement. Areas 2 and 3 represent general airfield condition.Surface loss, exposed steel fibers, exposed coarse aggregate are present in all three locations.

During testing it was observed that the concrete surface was weak in some locations. Surface friability is shown in a photograph depicting cement and fine aggregate imbedded in gasket adhesive (silicone) following removal of the permeability static cell during the pretreatment testing (refer photo). Following treatment when the tests were repeated such failure did not occur although stronger grade of silicone was used as adhesive. As an indirect measurement of concrete quality (Pull-off value) this supports the suggestion of the improved overall durability as direct result of the GPHP treatment. 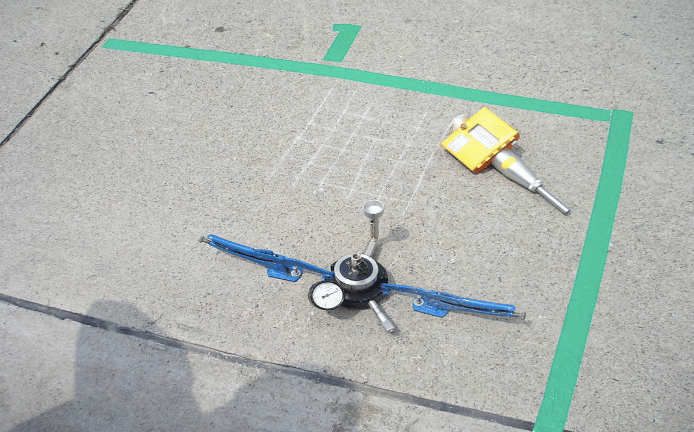 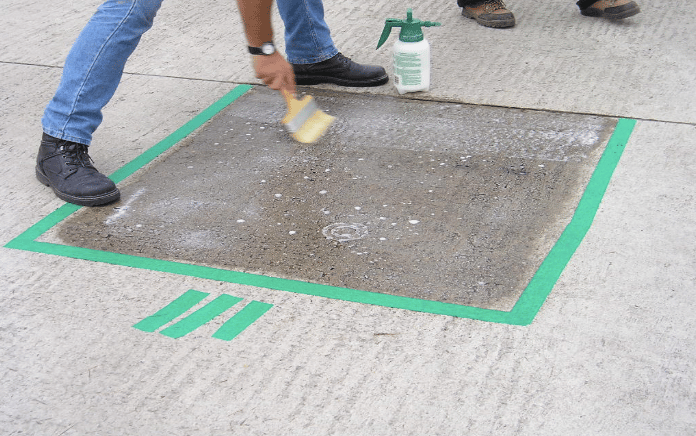 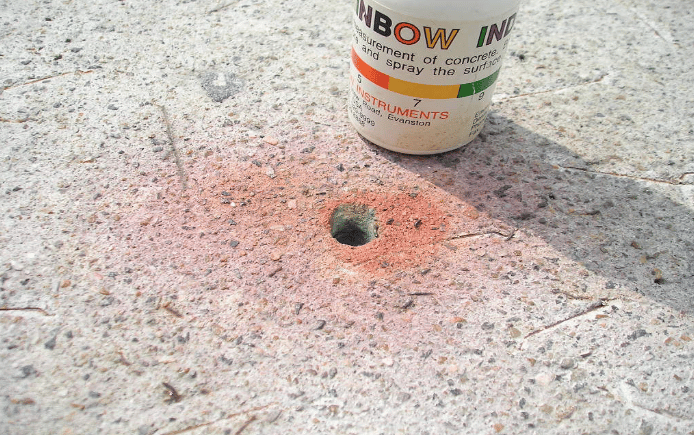 SURTREAT GPHP installation in test areas was completed on time with anticipated results. GPHP has been shown to increase compressive strength, reduce permeability and elevate pH as specified.

WANT TO SEE HOW WE INCREASED THIS STRUCTURES COMPRESSIVE STRENGTH BY 21% AFTER AN APPLICATION OF SURTREAT®?

Use the form to the right to request a download of our full Seong Nam Airfield case study. One of our solutions specialists will contact you to understand how our corrosion solutions can help you on your next project!