What Does Pyrrhotite Do To Concrete? 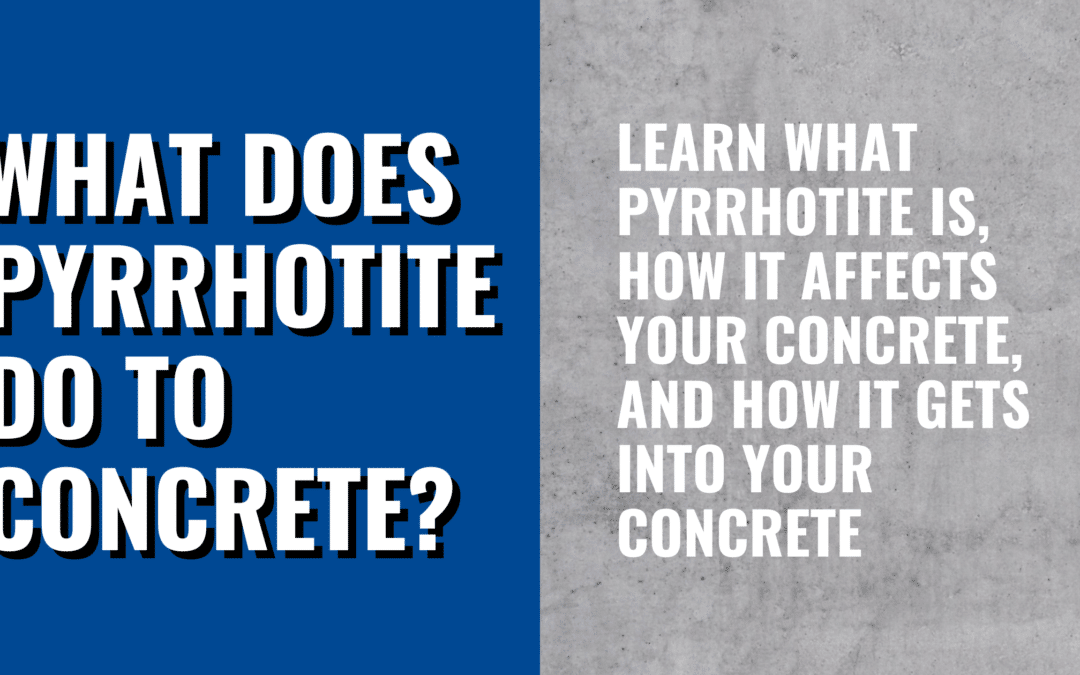 Pyrrhotite is a type of iron sulfide. Pyrrhotite can be found with pentlandite in basic igneous rocks, veins, and metamorphic rocks. It is a a nonstoichiometric variant of FeS, the mineral known as troilite.

What Happens When Pyrrhotite Is Exposed to Moisture?

When the sulfide is exposed to moisture, several chemical reactions take place and the sulfide changes to sulfate. When this reaction happens, the pyrrhotite oxidizes and expands when exposed to water or humidity.

How Does Pyrrhotite Get into Concrete?

What Does Pyrrhotite Do in Concrete?

Why Was Pyrrhotite Used in Construction?

Where can Pyrrhotite be found? 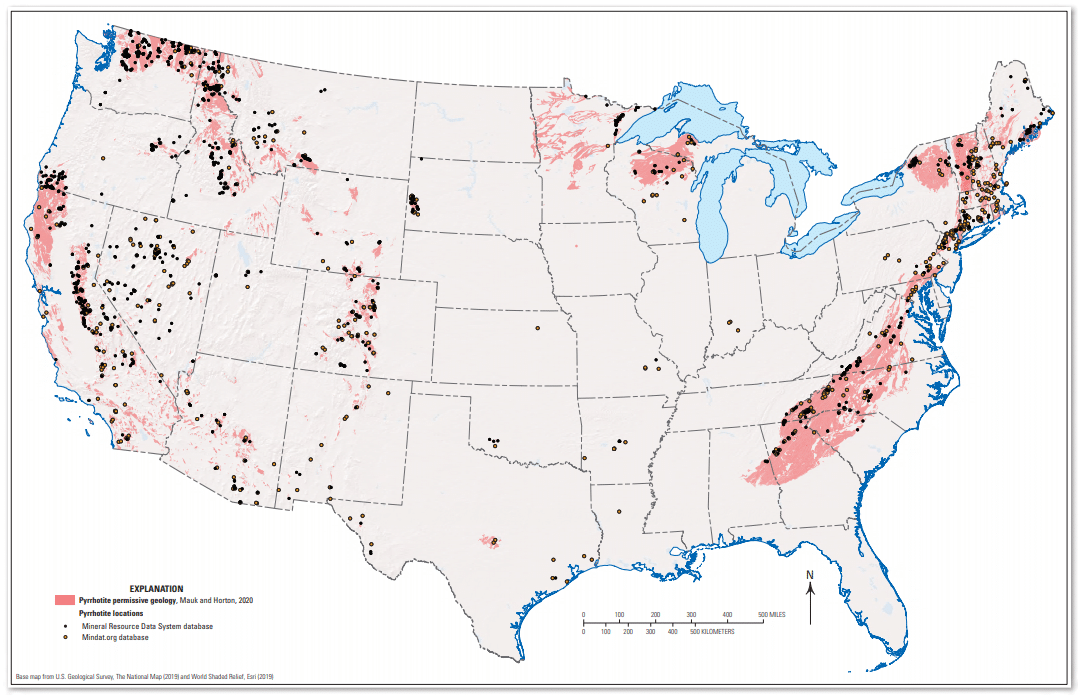 Pyrrhotite can be found all around the continental United States. Pyrrhotite in concrete has caused enormous problems for homeowners in parts of Connecticut and Massachusetts specifically. Above is conterminous United States showing the location of rock units that may contain pyrrhotite (Mauk and Horton, 2020); locations of pyrrhotite from the USGS Mineral Resources Data System database (U.S. Geological Survey, 2019); and locations of pyrrhotite from the Mindat.org database (Mindat.org, 2019).

How can pyrrhotite affect me?

Pyrrhotite related issues threaten the livelihood of homeowners. These issues continue to be looked past and fail to be addressed until dangers are observed in full effect. According to Great American Insurance Group, In Connecticut alone, there are several hundred cases, and thousands are suspected of having foundations with material sourced from a quarry with this mineral.

Want To See Exactly How We Prevent Corrosion In Concrete?